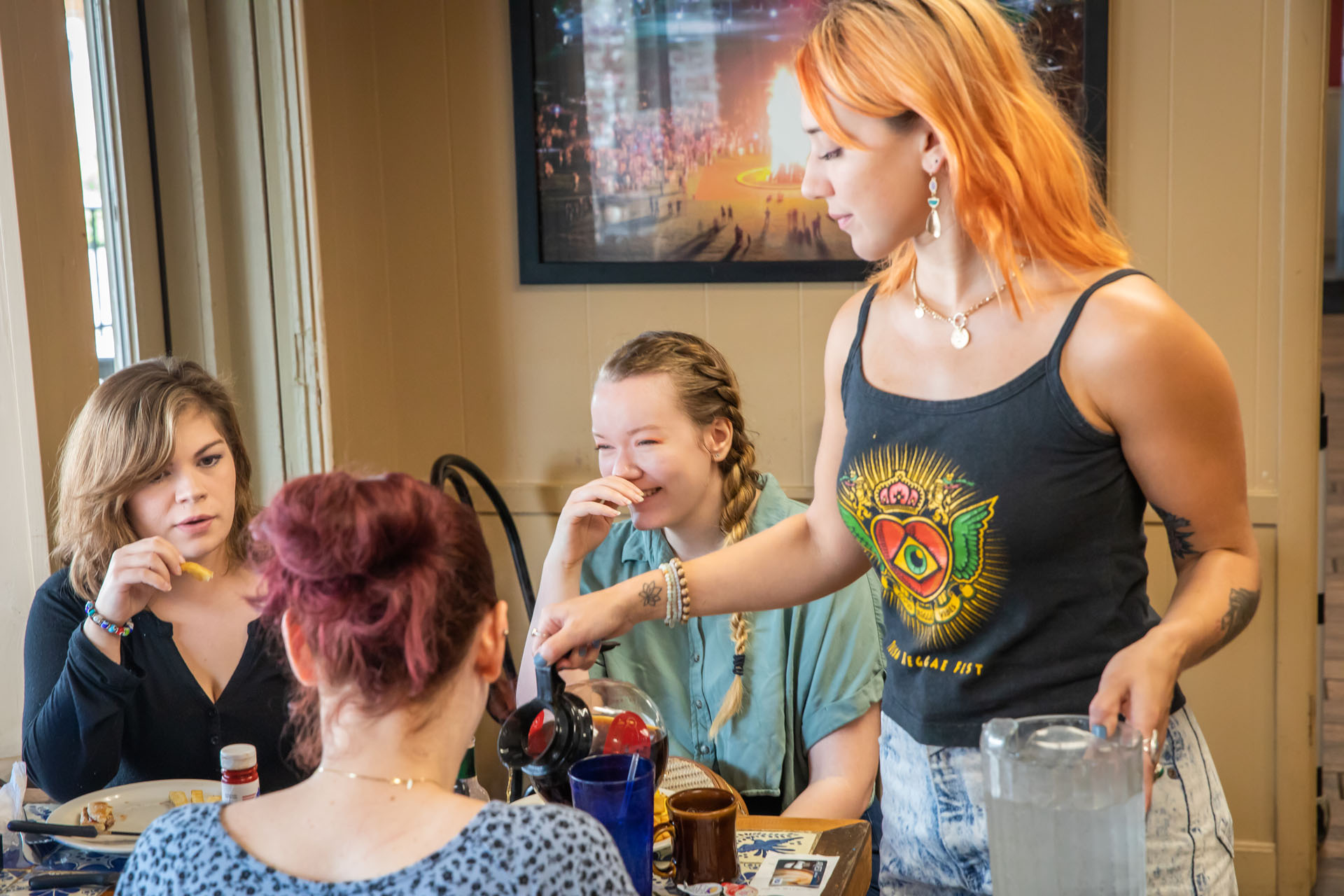 BBD was serving breakfast way before Brookside was a hotspot. We’ve been cooking food the way you like it since 1991.

We’re fortified with a great team. BBD has fantastic servers and cooks who have worked together for decades. Everybody makes it a rock ‘n roll show.

To all the people who come to our restaurant, we’d like to say, “It’s great seeing you, and we hope you have a blast. Thank you everyone who enjoys what we do.” 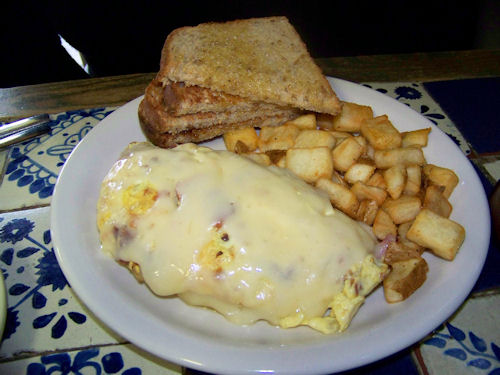 “One cold and gloomy October morning my hubbie and I were in the mood for some hearty breakfast fare and decided to try out Brookside By Day. From the second we walked in the door we were greeted with delicious smells and friendly waiters. A great start.

“Being a huge omelette lover I decided to stick to my comfort zone and try out the Lorraine ($7.95) Gladly, the Lorraine turned out to be a generous size of awesomeness! Ham, bacon, onion, and lots of gooey swiss cheese made my day. Served with tasty seasoned home fries and two slices of toast the meal satisfied my appetite all the way to late afternoon.”

Read the full review at TastyTulsa.com » 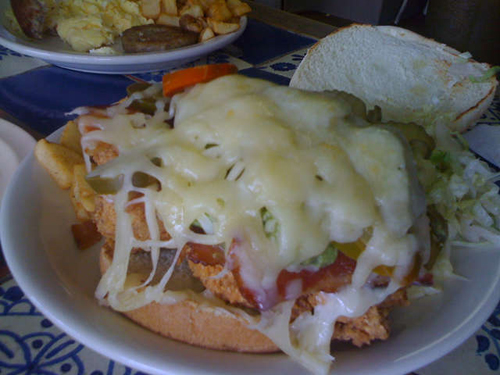 “So I found myself at BBD at lunchtime. Ordinarily that wouldn’t stop me from ordering one of the breakfast specials, but today I felt like lunch, and not my usual boring choices of a burger or a grilled chicken sandwich.

“I was leaning toward the club sandwich, another ‘safe’ favorite, but just wasn’t ready to pull the trigger. Lindsey, our server, offered, ‘My husband likes the Southwest Chicken Fried Chicken Sandwich. It’s not on the menu. It’s just like the southwest burger or the southwest chicken sandwich, but with chicken fried chicken.’

“Bam! Decision made. Veteran server Jeb confirmed the soundness of the order: ‘Oooh! That’s not on the menu. A bold choice. I like it!’

“And what a sandwich it was! A crispy deep-fried boneless chicken breast served on a bun topped with fresh guacamole, sliced jalapeno peppers, two crispy pieces of BBD’s world-famous bacon, and melted jack cheese. In case that wasn’t enough, there was also shredded lettuce, an onion slice and pickles on the side.

“Some in the diner stared in awe, and others in obvious envy at having been so soundly out-ordered. Some turned their heads in fear of this magnificent beast, and others averted their eyes knowing that they were not worthy to be in the presence of such greatness, much less to look directly at it. All knew that they had just witnessed something special — the beginning of a legend. The sandwich was delicious!”

Read the full review at Zomato »